While Edinburgh’s Int’l Film Festival has a number of Chinese movies on offer from 17-28 June, year round we have a wide ranging selection of subtitled Chinese Language DVDs available at no charge for home viewing. Below are the “Top Ten” films as shown by their ranking on the IMDb website in spring 2015.

Check out the hyper-linked reviews  and decide whether you want to improve your ear via Drama, Comedy, Action, Adventure History,  Romance –  or some combination of various genres  Those already holding a membership of the Confucius Institute for Scotland can simply drop in during office hours to pick up your favoured DVD.  Not yet in membership? Do join us!

All DVD’s are offered free of charge and subject to availability on a one week loan basis.

‘Bubbling under’ are an array of other DVD’s also offered on the same basis as the top ten. 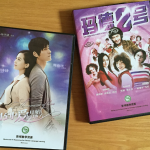 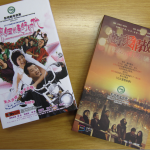 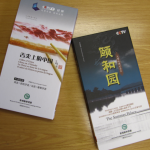